Laura Ingalls Wilder was born one hundred and fifty years ago today, on 7 February 1867. In celebration of the sesquicentenary of her birth, Wilder’s longtime publisher, HarperCollins, releases today new unjacketed hardcover editions of Little House in the Big Woods, Farmer Boy, and Little House on the Prairie, both individually and as a box set. As I’ve noted about these editions already, they omit Garth Williams’s iconic illustrations but include new introductions by Laura Bush, Ree Drummond, and Patricia MacLachlan. 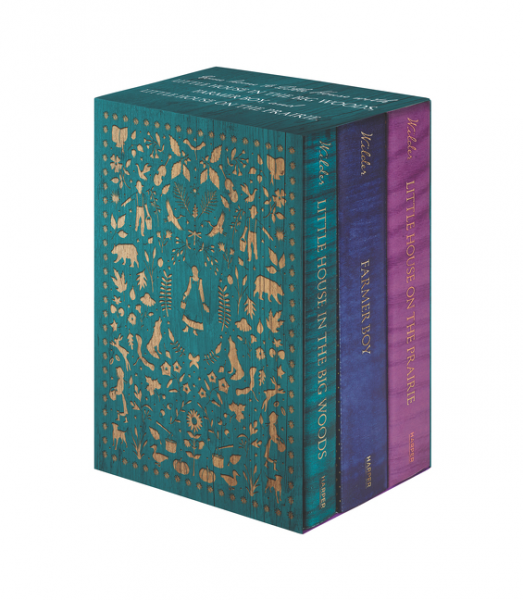 Also being released today is the paperback edition of The Selected Letters of Laura Ingalls Wilder, edited by William Anderson, which is a really engrossing read, by the way. Online vendors are listing the new edition of The Little House Book of Wisdom as being delayed by a few weeks, but I did get notification just now that the copy I’d ordered is on its way to me.

Finally, just wanted to draw your attention to a witty Twitter account that announced this morning a set of birthday plans for Wilder’s sesquicentenary:

UPDATE: Also, Maria Russo’s New York Times article “Finding America, Both Red and Blue, in the ‘Little House’ Books,” published today, provides a timely and nuanced reading of Wilder’s complicated legacy in American culture and beyond, including the elements that act as “one giant hushing of Native American history.” I teach Little House on the Prairie at the university level not in spite of those elements, but because it is important to understand how the books offer readers a view of American society that both includes and excludes.

Other Biographies and Memoirs